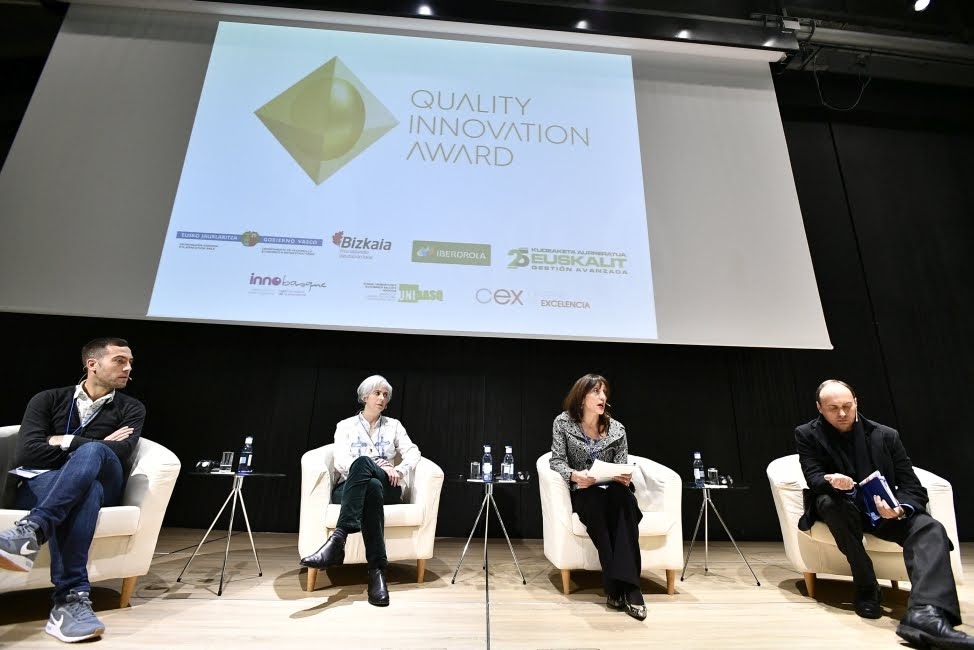 Euskalit hosted this year The Quality Innovation Awards Ceremony held in Palacio Euskaduna last February 8th, preceded by several workshops about Innovation, amongst which Unibasq presented a round table about Innovation and Learning.

The round table was opened by a conference by Heli Mattisen, Director of the Estonian Quality Assurance Agency, who was invited by Unibasq, and offered the insight of Aitor Lizarra, form Mondragon Unibertsitatea, Begoña Marqués, from Cruces HS, and Samuel Triguero from Ikaslan, and was presided by Eva Ferreira, Director of Unibasq. 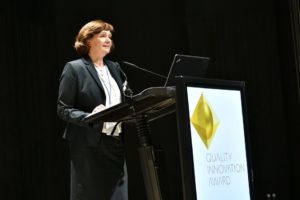 The most remarkable outcome of this round table with regards to the challenges the educational sector faces in regards to innovation matters, was the reluctance shown by both the institutions and the staff members.

The awards were handed in by the Cousellor for Education Cristina Uriarte, and the Chief Executive of Osakidetza María José Múgica, and Beatriz Artolazabal, Counsellor for Employment and Social Policies presided the Closure Ceremony.

A total of 16 awards in the 8 categories were handed in, with candidates coming from China, Finland, Spain, Estonia, Latvia, Czeck Republic, Hungary, and the Basque Country. 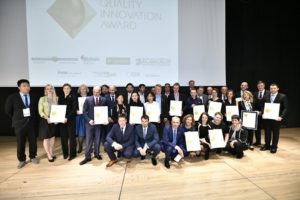 Among the diplomats, we found representatives from Finland, Tiina Jortikka-Laitinen, Czeck Republic Katerina Lukesova, the Estonian Embassador Rasmus Lumi, secretaries from the Chinese Embassy Yu Xinyu and Zhang Yiying, and the secretary of the Hungarian Embassy Szilvi Bognár.