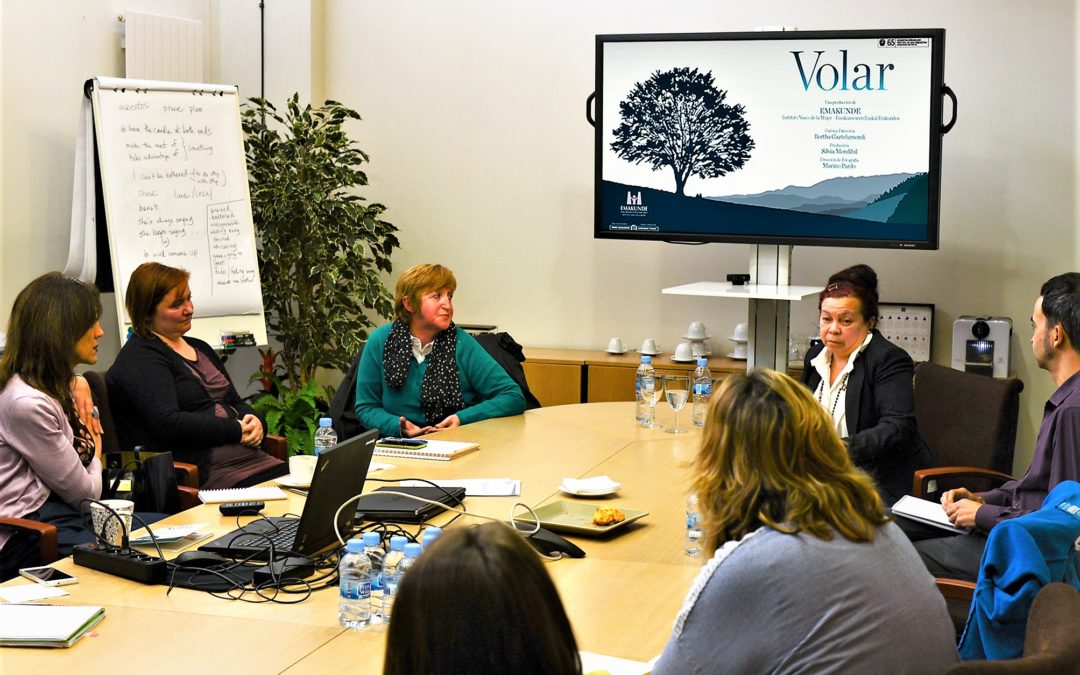 Last 14th of March Unibasq welcomed two of the protagonists of the film “Volar”, directed by Bertha Gaztelumendi, where nine women with a common past of gender-based violence tell the stories of their first-hand experience and their life paths.

Emakunde promoted this film to make the testimonies collected boosters of change, and to analyse what lies beyond such violent behaviours. In all the cases portrayed in the film, the females implicated express, with the rotundity of survivors, that society cannot fathom what it feels like to suffer abuse, and that is the reason behind their need to tell their stories.

The documentary closes showing a bonfire where the main characters burn all evil things in a catharsis before the beginning of their new lives, leaving behind their victim status, and reconquering what they were deprived of.

After watching the film, all staff members of Unibasq attended the talk with the two visitors, who answered the many questions that arose.