Unibasq organised in the frame of the Summer Course Foundation of the UPV/EHU course “Bolonia Veinte Años Después” (Bologna Twenty Years Later) last 11th and 12th of July. The Course was opened by the Academic Director of the Summer Courses Foundation Itziar Alkorta, the Counsellor of Education, Lingüistic Policies, and Culture of the Basque Government Cristina Uriarte, and the Director of Unibasq and Vice-president of ENQA Eva Ferreira. The objective of this Summer Course 2019 held in Miramar Palace, San Sebastian, was to make a reflexion on the impact of the Bologna Process in different aspects of Higher Education. This edition counted with the presence of relevant speakers, both national and foreign, representing the different stakeholders involved, among which, we can mention several directors of Quality assurance agencies, the director of ANECA José Arnáez Vadillo, the president of ENQA Christoph Grollimund, representatives of the business community such as the Director of Training of Confebask Asier Aloria, representatives of the three universities of the Basque University System such as the Academic Vice-rector Jon Altuna, the Academic planning Vice-rector of University of Deusto Elena Auzmendi, and the Innovation, Social Compromise and Cultural Action Vice-rector of UPV/EHU Idoia Fernández, as well as representatives of the student bodies of University of Deusto, UPV/EHU and the University of Zaragoza..

In the closure, Gidor Bilbao presented “Hitz-mitz 27 Basque Words”, a book mentored by Unibasq, authored by four philologists and linguists who selected 27 Basque words related to the university or education to show some aspects of the history of Basque through the history of these words, and the audience was given the opportunity of listening to Xabier Paya Ruiz, a “bertsolari” (poet) who reminded us of the impact we may have on people when we address them in their mother-tongue, through a poem he composed in four languages. 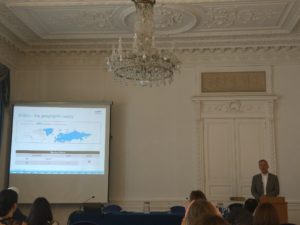 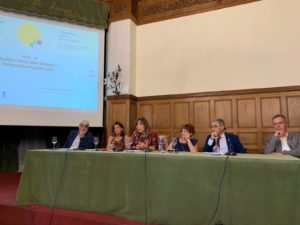 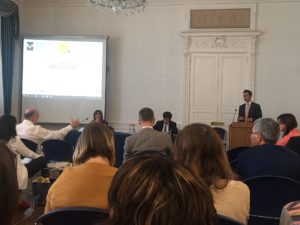